The Music Tree was established in 2004 and now caters for over 400 children a week. Sessions are held weekly in Launceston and are also offered on a one-off basis for special events such as playgroups. 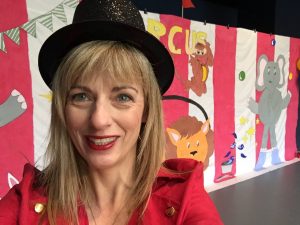 Tonya is the owner/director of The Music Tree and was lucky enough to win the Launceston City Council and Playgroup Tasmania “Significant Contribution to Children Award” in 2012.

She began playing guitar at the age of 7 and sat examinations through the London based Trinity College of Music. During this time she also studied Music Theory and Piano. She then went on to do an Associate Diploma of Music at the University of Tasmania. Since this time Tonya has also branched out to playing the harp, the ukulele and has even been known to have a go at the banjo.

Tonya’s teaching practice began when she was 18 and gradually grew to become a full time job. As well as private teaching Tonya has tutored in a number of local schools including Scotch Oakburn College where she continues to teach piano to this day.

As a fairly active child, there is plenty to keep my 3-year old son occupied during the lesson with dancing, jumping up and down, and actions to songs to stimulate both his gross and fine motor skills.

The Music Tree has assisted him in his language development and the way that he picked up ‘Stop’ and ‘Go’ by using them in songs with dancing/movements. I have to say that attending classes at The Music Tree is something that we both thoroughly enjoy and love being able to do together. Kalie Tatchell

Tonya has performed with the St. Cecilia School of Music orchestra as well as in a number of duos and ensembles.

Tonya has always enjoyed the challenge of teaching young students and after the arrival of her first child in 2002 decided to move into the area of early childhood music. Since then The Music Tree has grown into the success it is today. In 2011 Tonya ran the Early Childhood Music program for Trevallyn Primary School. The Music Tree has also run the East Launceston Primary Music Program for Kindergarten children and has a regular program at the Pilgrim Childcare Centre, Beaconsfield Child and Family Centre, Pedder Patter, Glen Dhu Childcare  Centre, and Exeter Primary Schools Launching Into Learning Program.

Tonya is committed to ongoing professional development and regularly attends conferences and workshops throughout Australia and is thus able to constantly stimulate her students with new ideas and materials. Tonya is convinced she has the perfect job – offering education while singing, dancing, dressing up, playing instruments, being silly and having lots of fun with young children – fantastic! 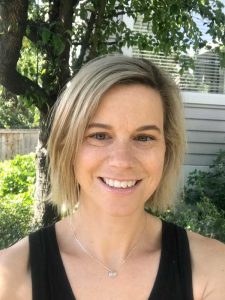 Kalie is a mum to 3 young boys and has been attending Music Tree classes with her children since 2011 after wanting them to experience the fun and enjoyment that music brings along with the proven benefits to child development. Kalie took on her first Piano student when she was only 14 and continued to teach throughout her school and University years where she studied Music at the UTAS Conservatorium as part of a degree. She has been loving taking Music Tree classes and getting to know some of the wonderful students and their families as well as helping Tonya out with some off-site classes and parties.

Kalie is kept busy not only with her 3 boys and taking classes at The Music Tree, she also works in Marketing at a local real estate agency and in her own family business.

Julia is mum to three children, Rosie (6 yo), Lucy (4 yo) and Oliver (1 yo). She has been coming to Music Tree for four years now and loves the weekly engagement.
Julia grew up on the North West coast in a musical family, with her father a member of a local folk group. She learned piano and joined the local brass band, before moving to Burnie where she learned saxophone. In college she was fortunate enough to focus on singing and piano before venturing off in a completely different direction.

Julia says “The children have brought me back to my passion of music. I am excited to share this with you and look forward to helping you and your children find the wonders of music.” 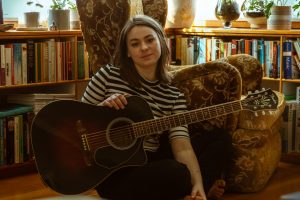 Denni Sulzberger was born and raised in Launceston and has been a music tutor for nearly ten years. Her primary instrument is ‘cello and she has had a passion for singing all of her life, including while singing in choirs as a child. Denni now works at several Launceston schools as a string instrument tutor, is a performing singer-songwriter and cellist, holds a Bachelor of Contemporary Arts and is currently undertaking her Master of Teaching degree. She holds great value in fostering a love of music through play and experimentation.